Since bottling the Mixtape a couple weeks back, we have been anxious to try it out of it’s new and final vessel.  There is always some nervous excitement associated with the first sampling of a wine after bottling, as it often becomes closed as a result of the bottling process (frequently referred to as “bottle shock”).  So, in an effort to alleviate some of that nervous energy, Heidi (my lovely girlfriend) and I headed out for an afternoon kayak on the bay followed by a snack at a local eatery… albeit a slightly indulgent snack.  So we ordered up some hors d’oeuvres and cracked the first bottle!  Tasting notes follow:

Course 1
First we ordered 3 types of oysters.  I am certainly no connoisseur, but these oysters did go down smoothly.  We had Bagaduce (Maine), Shigoku (Washington), and Winterpoint (Maine).  I thought the Winterpoint were nice and meaty, and brought out some of the unique white pepper aromas and flavors out in the Mixtape.  The briny character of the Shigoku was also nicely complimented by the slight sweetness of the wine… sweet and savory. 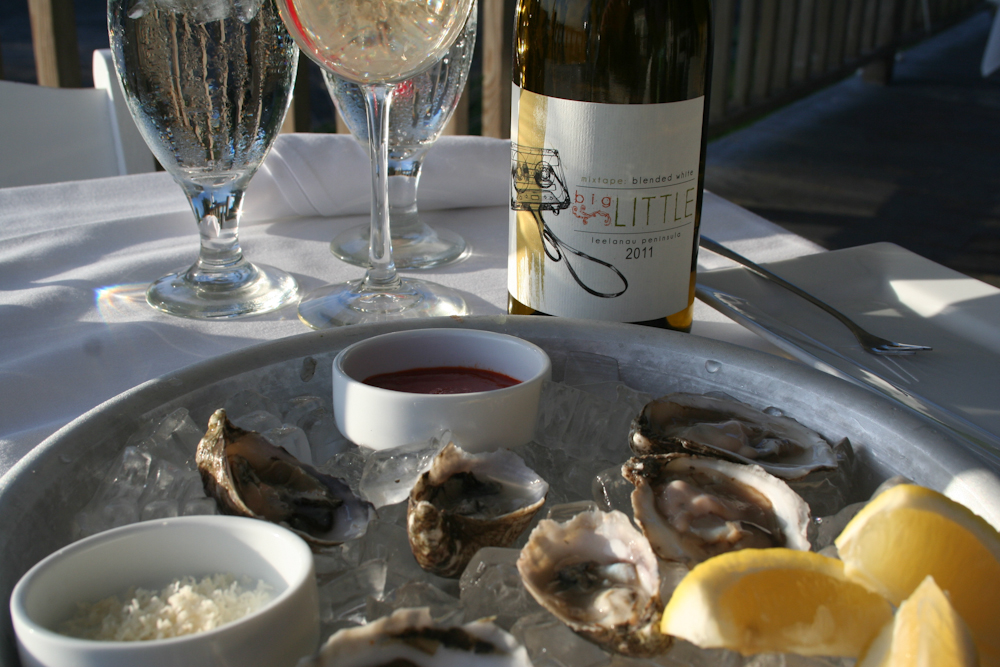 Course 2
Next we had Kobe Carpaccio Tartare.  Wow.  I have to compliment everyone involved on this dish, from the cow farmer to the chef and everyone in between.  Unbelievably delicate yet rich flavors and textures.  The wine was the palate cleanser in this pairing, and the acid in the wine was what kept me hitting rewind. 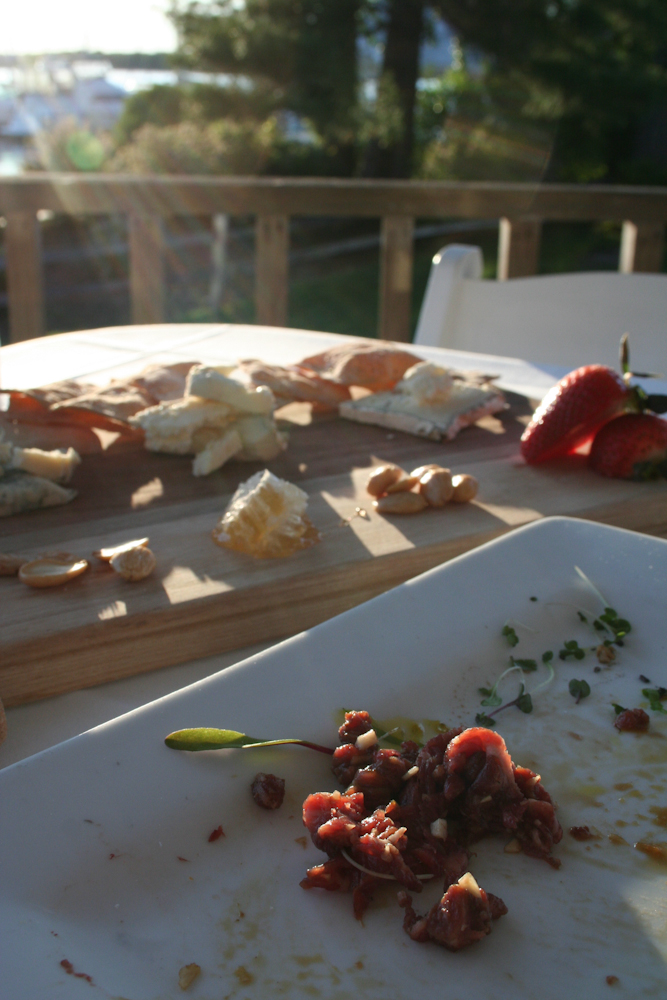 Course 3
The mandatory cheese plate.  We had a couple goat cheeses as well as a triple cream cheese and Roquefort (blue cheese). There was barely enough wine left at this point to take FULL advantage, but plenty for us to thoroughly enjoy the pairings.  The juiciness really came out in the wine here. The slight sweetness was a great compliment to the tanginess in a couple of the cheeses, and the aromas really popped with the accompanying honeycomb and quince jam.

All in all, we were very pleased with track 1.  The wine, particularly for being only 10 days bottled, showed us some of it’s potential.  I won’t say this is the best track on the tape, but it certainly is a good opener.  We are looking forward to sharing it with you very soon and seeing how it plays out for the months and years ahead.

Get all the latest from bigLITTLE - news, specials and featured wines.